How did you structure the class?

2. Activity 1. Do you know this meal? (10 minutes)
I show my students pictures of the most famous meals and ask them to guess names or ingredients.

3. Activity 2. Cooking Vocabulary (10 mins)
I show my students a PowerPoint slide with cooking vocabulary and ask if they know those words. I prepared a handout for them with those words.

4. Activity 3. Game: Describe an action (10 mins).
After that, I ask my students to come in front of the class and show a cooking action without using words. Other students should guess what they are showing. Then they change.

5. Activity 4 (20 mins)
I divide my students into two groups and ask them to choose one meal that is easy to cook. They should write a recipe on a board using the vocabulary they learnt. Then they present their recipe and we vote for the meal that the majority would like to try. Next class we will cook the meal using their recipe.

What worked well in this class? What did not work?

The class went well. Food is one of the most favorite topics of my students since they had been asking me to talk about Russian cuisine or cook something from the very beginning of the semester. This class is good for practicing the vocabulary dedicated to food and cooking. It also includes the cultural element.

How could this class be improved/ modified?

I would leave it as it is. This class was created with the help of the Spanish language resident Natalia Cano. You can include an activity, where students should describe a picture to practice food and cooking vocabulary.

Goal of the class :

How did you structure the class?

Intermediate. What worked well in this class? What did not work?

The class went well. Students enjoyed talking about New Year in Russia. We focused more on the activity dedicated to food. I wanted to practice vocabulary with them, since they hadn’t known many words before we had our class about Russian cuisine. I decided to skip the activity with the President’s speech, because the language of the speech is too difficult to comprehend. We also didn’t do the “toast” activity because I felt like it could be too challenging for them. I decided to spend more time with the song instead. I asked my two students to come up with a translation of this song and give their opinion about it.

Advanced. What worked well in this class? What did not work?
My advanced students enjoyed this class. They knew a lot of words dedicated to food and Russian cuisine. The activity with inserting words turned out to be amusing. They came up with funny and sometimes unsuitable words. That made the toasts activity very lively. We skimmed the song and spent more time with the President’s speech. Students had a hot discussion about the content of his speech because some of them found it ambiguous.

How could this class be improved/ modified?

The president’s speech is an interesting text to analyze and discuss with advanced students. It consists of many topics, which students find curious to talk about. I would make a separate class about politics to discuss leader’s speeches. In the context of New Year and holiday atmosphere it is a challenging issue to discuss.

Students remember vocabulary of ingredients of food by seeing last class’ images of Chilean food and saying the ingredients that they can see.

-Students watch a video on “how NOT to order food in Spanish” and are asked to identify the expressions that are used to order food, as well as answering: how should the customer have said those expressions in a better way?. After that, the facilitator writes on the board relevant expressions for ordering food.

-Students see an open-ended dialogue at a regular restaurant setting and practice the expressions filling in the blanks the information that they want to add to the situation. They practice asking about ingredients and describing plates in the process.

Roleplay: One of the students is the waiter and the others are customers. They simulate a restaurant setting in which some difficulties happen (they take turns so that someone is not always the waiter):

Adivina el plato de comida: Each students describes a plate, and the rest of the participants guess what the plate is.

Students participated well during the class. They had practiced describing food on the previous class, so it was easier for them to do it that class. It was surprising for me that they remembered so many things about Chilean food ( I thought that they would forget it right after the class). In general, they seemed to have fun, but I realized that, even though I still tried to model before each activity, I could have done it more; because there were a couple of situations in which students were not so sure about how to proceed, so then I would try to show them again.

Goal of the class

Students see an image of different kinds of foods and answer the question: “¿what’s your favorite food/restaurant?”

-Students see images of Chilean traditional food and beverages  (cazuela, humitas, empanadas, mote con huesillo, leche asada, terremoto) and mention the ingredients that they think they might have, how they think it could be prepared and whether it looks similar to a plate from another country or culture.

-“¿Qué comida es?”: Each student gets small pieces of paper that can have either an image, name of a meal or a description on it. They go around the room and try to exchange information with their classmates in order to match each image with the name of the plate and its description. Some of them are the ones that were shown before and some others were new.

-“Encuentra las diferencias”: Students get a sheet of paper with the image of a man in a kitchen. Some of them got the A form and others the B form. Both have a similar image on it, but many of the elements in the image are different. Without seeing their classmate’s sheet, they ask questions to them in order to find out what the differences are. (for example: “hay un trozo de queso al lado del vaso de leche?”)

Students remember the Chilean food that they learned about and talk about which one they would eventually like to try and why.

Students seemed to like the topic about food and asked questions about Chilean food. One of my students has Mexican relatives and we realized that there were some plates that were similar, although they differ in aspects of how they are made or the ingredients. We also spent some time talking about the vocabulary difference of some ingredients (for example “porotos” vs “frijoles” or “choclo” vs “maiz”). The activity in which they had to ask questions about the other person’s image also worked well and it gave them the chance to ask questions about prepositions and more vocabulary.

What was a little bit more challenging were the descriptions of food on the sheet of paper. They ended up doing it well, but it took them a while to understand everything, so they asked questions on vocabulary and expressions. Maybe a simpler version of those descriptions could have worked better, but at the same time, I think that the little challenge that they had could also have been helpful, since it wasn’t extremely hard for them. 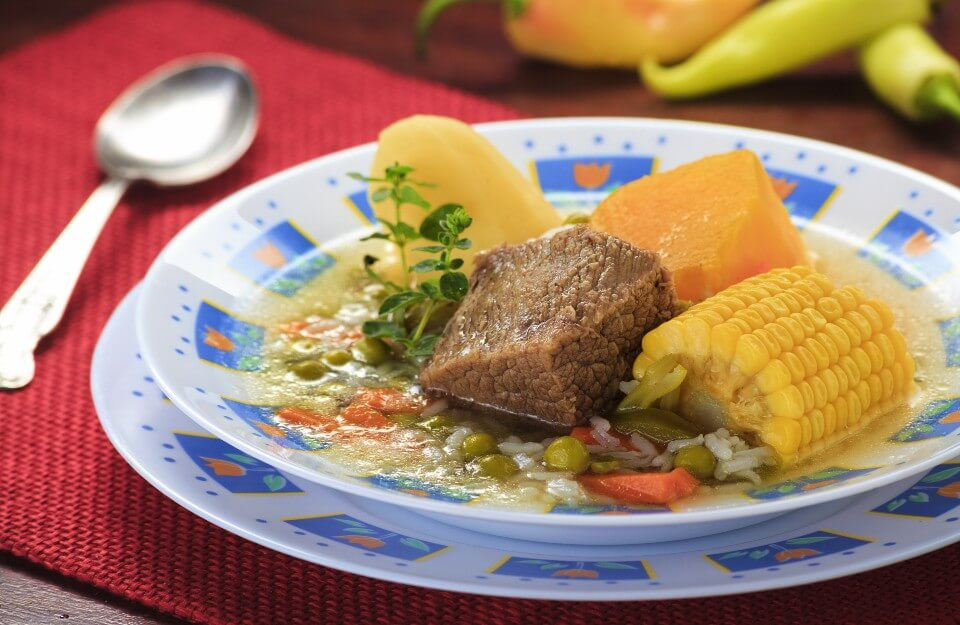 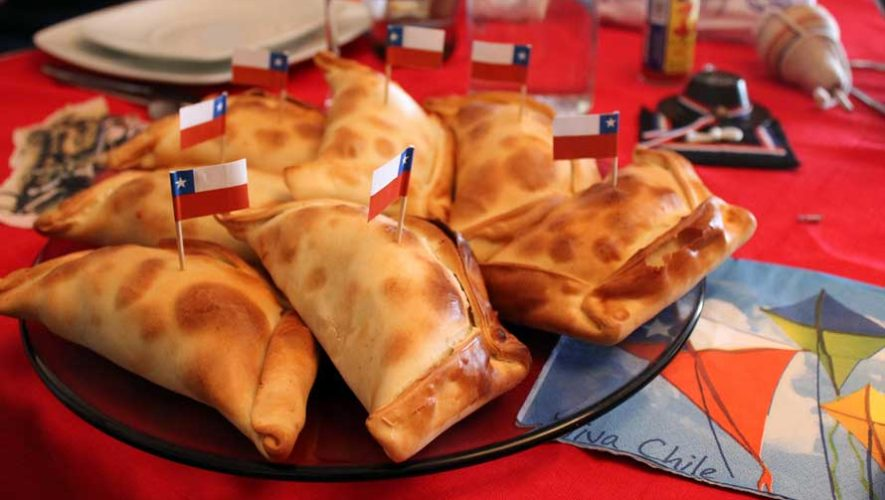 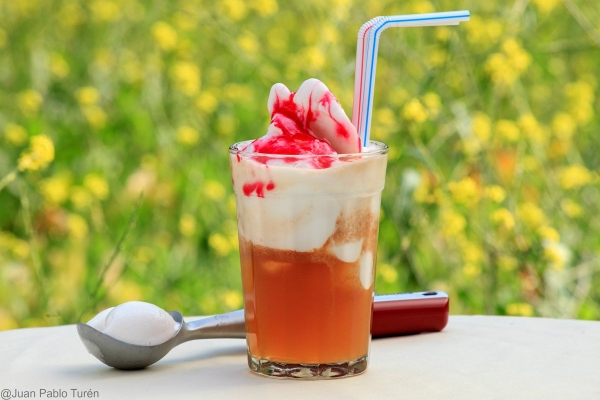 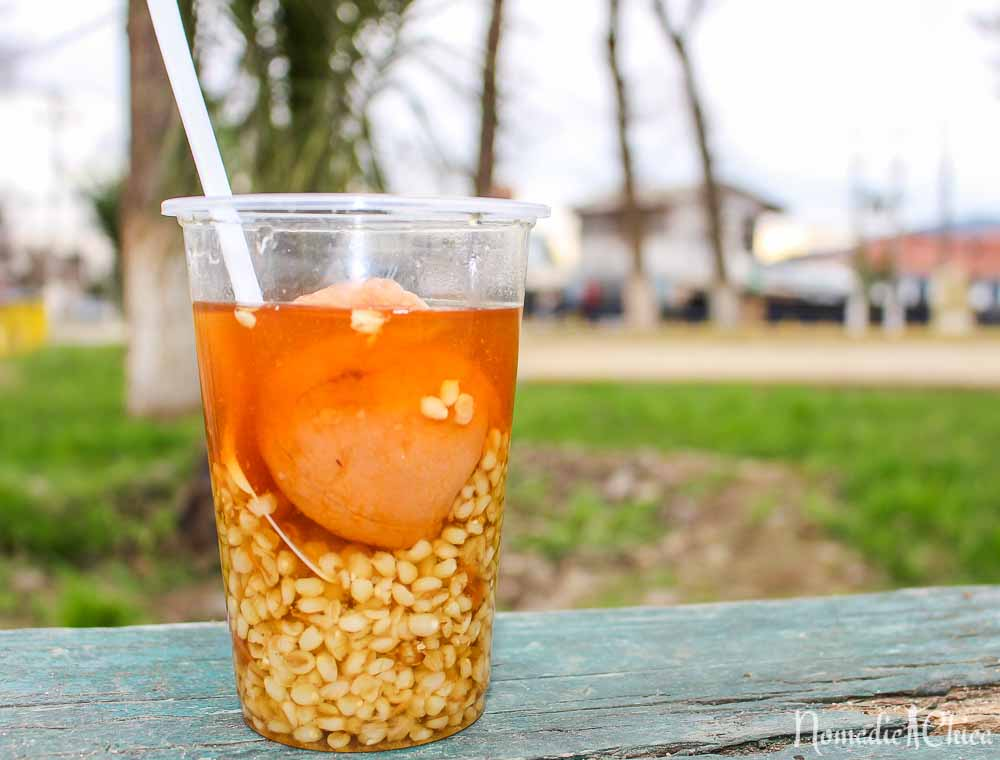 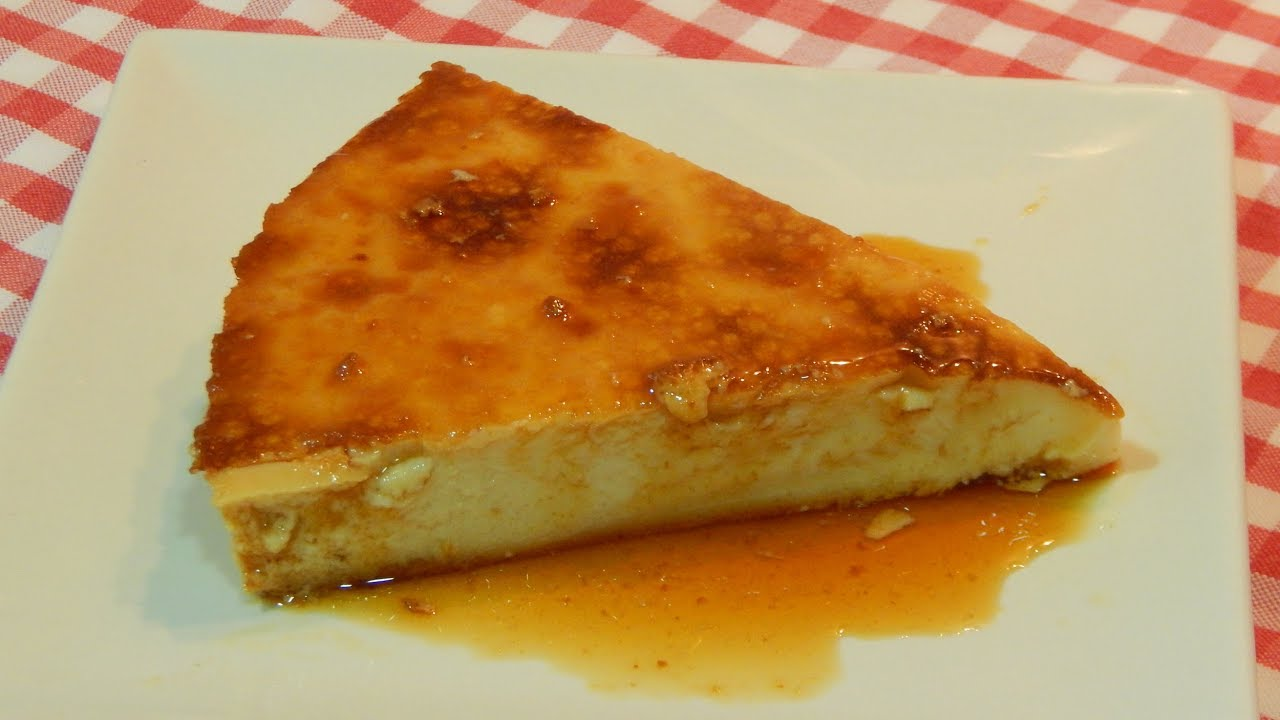