Students see images of people lost in a city and discuss whether they have been in a situation like that in the past, or have had the chance to help someone in that situation.

“¿Cómo llegar al aeropuerto?”: Students discuss the best way to help somone to go from Trinidad station to the Airport in Pudahuel station, considering that some of the stations are closed during certain hours. (sheets of paper were printed out with the map of the metro, and some difficulties were added afterwards)

Students talk about whether they found that easy or not, whether they would see themselves using those expressions in the future, etc.

The class went well. I realized in the class that students did not know very much about giving directions in Spanish, so I ended up using some more time at the beginning to help them get not only the expressions that they were going to use for the main task, but also other kind of expressions that they could come across when giving directions. They seemed to appreciate the class, because they said that it was very useful if they ever went to a Spanish-speaking country; and that it is something that they are not usually taught in Spanish classes. 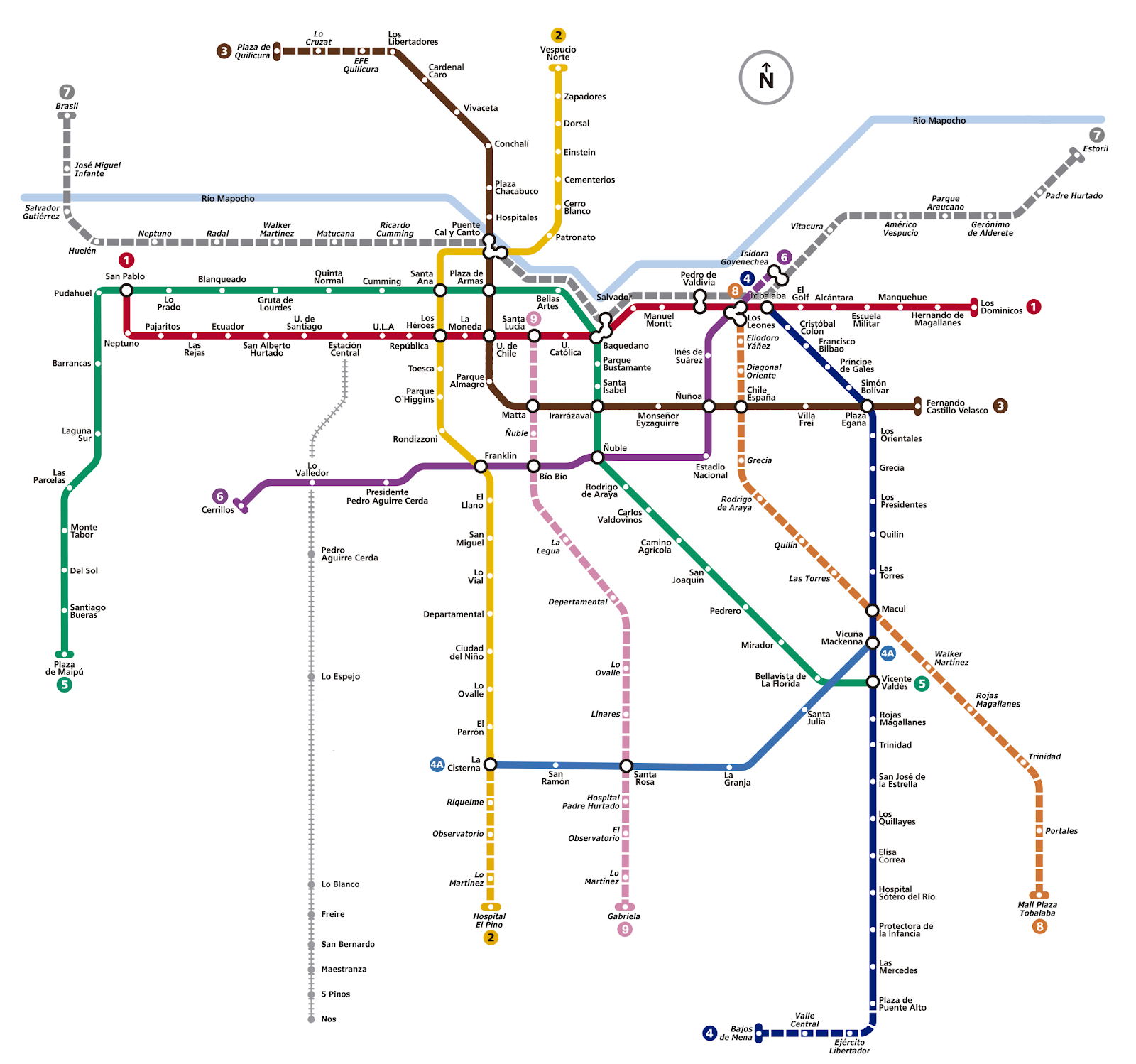